Engineer Tarek El Molla, Minister of Petroleum and Mineral Resources, confirmed that a program is currently being implemented to maximize Egypt’s phosphate resources and increase the added value and its economic impact on the national product, by expanding the exploration and confirmation programs for phosphate ore reserves to supply local industries with their needs and export, and to proceed with the implementation of the complex. The production of phosphoric acid in the Abu Tartour area of ​​the New Valley, which the Ministry pays great attention to because of its positive impact in maximizing the added value of phosphate ore, and is a continuation of the state’s efforts during the last period to encourage investments in the New Valley Governorate with its natural resources.

This came during the minister presiding over the work of the General Assembly of the Egyptian Phosphate Company, via video conference, to approve the results of the work for 2020.

Engineer Mohamed Abdel-Azim, the company’s president, explained that it is the largest producer and exporter of phosphates in Egypt during the year 2020 and that the volume of its phosphate sales witnessed a growth compared to the previous year despite the effects of the Corona pandemic at all levels, reaching about 2.4 million tons, an increase of 9.2% over the year. This reflects its importance as the largest main supplier to fertilizer factories in Egypt, with a supply capacity of up to one million tons per year of raw material for phosphate fertilizers, pointing out that the volume of the company’s exports represents about 70% of the annual Egyptian exports of phosphates, which supports its presence in the global market for the sake of Maximizing the national product and increasing the state’s dollar proceeds.

He stressed that efforts to maximize phosphate ore stocks are continuing with success, as reserves and stocks have been confirmed in 7 sectors in the Red Sea, Seven regions and the New Valley, and 3 areas have been put into production and the procedures for developing the rest of the regions are being completed in succession, and it is currently working to confirm reserves estimated at 60 million Ton to meet the needs of the new phosphoric acid project, which will be established in the Abu Tartour Plateau in the New Valley Governorate, and he mentioned that the contract for the tender for the installation and qualification of the crude conveyor belts to the site of the phosphoric acid plant, which will be implemented by the Korean Dong Yang Company, ends the project implementation program in conjunction with the timetable for the factory implementation.

He pointed to the establishment of a project to remove dust from phosphate ore as a pilot project with a capacity of 30 thousand tons per month to comply with the standard specifications of the European market, which has now entered into operation, and studies are underway to raise the production rates of dust-free materials to reach 700 thousand tons annually. 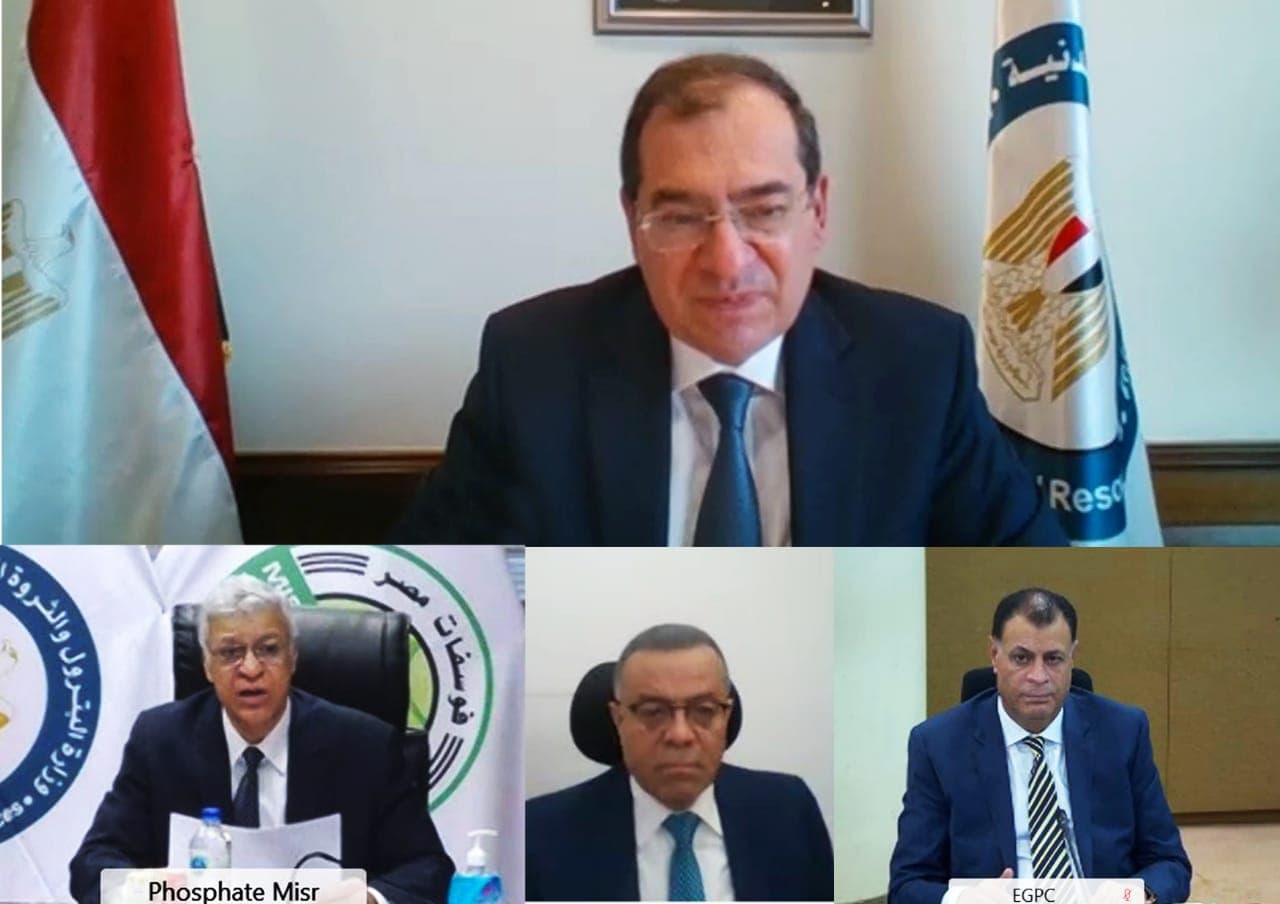 Side of the meeting